I put this small album together last year, 50 years after the pictures were taken.  It is now 2019, 51 years later, but I think I'll leave the album in place for a little longer since I do think 1968 was an interesting year for my photography.

Hard to believe that 1968 was half a century ago, it seems like yesterday.  And  I had almost forgotten what a significant year it was for me. I was finishing grad school and about to start being an adult with a real career. "Home" would no longer be where my parents lived.

Perhaps no less significantly, it also was a big year of transition for my train chasing.  Since my first visit in 1960, I had been making regular visits to the Rio Grande narrow gauge.  But the end was in sight and freight operations were winding down.

What to do? In January a good friend and I head south. We discovered a whole new world of steam powered narrow gauge railroading in Mexico, Guatemala and El Salvador. That would become my train chasing focus for the next decade.

But the DRGW had one curtain call to make, and in May Gordon Chappell and I chased the famous "mad dash" one day trip from Alamosa to Durango, the first train of the few that ran that last year. That was the last freight I saw on the Rio Grande, and when I saw the new loop that trashed the classic Durango yard, I just wanted to get out of town. 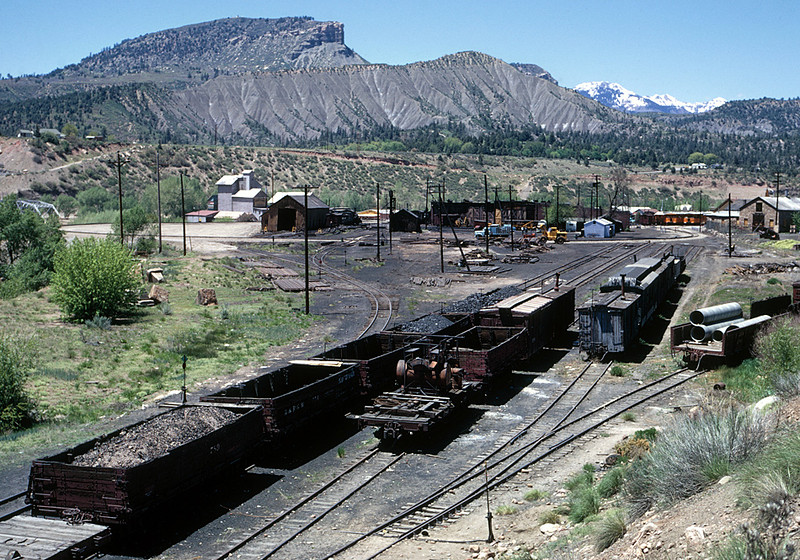