On September 22-24, 2017 SP18 visited the Laws Museum for its first real opportunity to test its legs since restoration at Independence, down the road from Bishop.  It was trucked to the museum for the event and has since returned to Independence.

The Laws museum includes the original station, turntable, oil and water tanks, and part of the yard tracks all of which are nicely preserved.  It was donated to the City of Bishop and Inyo County in 1960 when the railroad abandoned.  In the beginning it was a rather desolate and bleak location, but the museum has added trees and lawn to make it quite inviting, and expanded the exhibits to include historic buildings and other non-railroad artifacts to expand the attraction of the museum to more than the railroad.

The combination of the museum's preserved infrastructure and the newly restored SP 18 created a surprisingly successful opportunity for photographs that recreated the past. 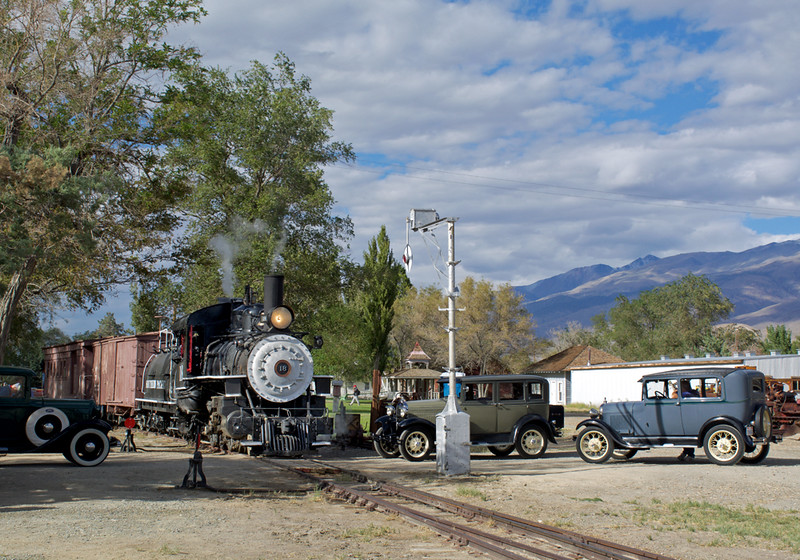